The teller of this story is a Coptic priest serving at St Mary’s Church in “Maadi”, a suburb in Cairo. This story happened while Abouna (the priest) was serving the Holy mass on a Sunday morning. The priest was in the middle of the Mass when a mob started throwing rocks at the Church; the sound echoing into church walls.

The Father sent a couple of deacons to go out and investigate what was happening. As the deacons started walking through the long pathway to the front gate of the Church, the mob that looked vicious and ready to attack suddenly dropped everything and started to flee as if they had seen an army, not just the two deacons. They were so scared and all of them scattered everywhere.

It’s still unclear what the mob had seen. It might have been the angel of the oblation that is on the altar, or St. Mary defending her Church? Whatever it was, the Church Was left unharmed and safe.

It served as a poignant reminder that the gates of Hades will never prevail against the Church. It was experiences as such that encouraged steadfastness in faith and service, going forth with the full-knowledge of God’s omnipresence and ready armour in our times of trouble. 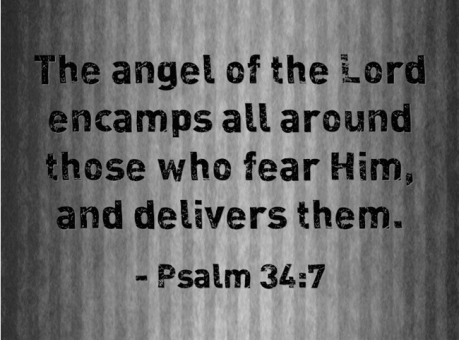